The start of a journey into the unknown, especially as a solo traveller is always a little easier if one can arrive in the new place and feel a sense of connection. Reflecting on the beginnings of my recent trip to Sth America, I got off to one of those starts! Right from the landing in Chile, all set to head north into the highest desert of the world and across into the wilds of the Bolivian south-west, I felt at ease.

It’s an adventure that seems to have lingered in the queue of “places most desired to see” like an unconfident child in the line for school sport teams: always imperceptibly drifting down the line and never quite fronting up to hold the bat. It feels like I have been wanting to go there next FOREVER. Months of planning went into a 5 week itinerary that would take me across 4 countries and many miles. Chile into Bolivia before jumping to Peru & finishing in Ecuador.

My first landfall, albeit brief, was in Santiago de Chile – the capital of Chile. With 14 hours of flying under my belt, I landed early morning, ready to face the day. It is a massive city of some 7.3 million people cradled by the Andes, who impose their presence as a backdrop to most city vistas, and it is traversed by the Mapocho River, now channeled through rather ugly concrete and bordered by graffiti. My stay was in a small family hotel in Providencia with shades of colonial elegance. This is now the most populated district in the city and is blessed with older colonial homes amongst flashy new apartments &  a bustling commercial centre. It also borders a great arts district, Bellavista, & extensive formal parks along the river. Overlooking it all is the Cerro San Cristobal, a 300m peak covered in municipal open spaces & walks, topped with a 20m tall statue of the Virgin Mary who reaches to the heavens. 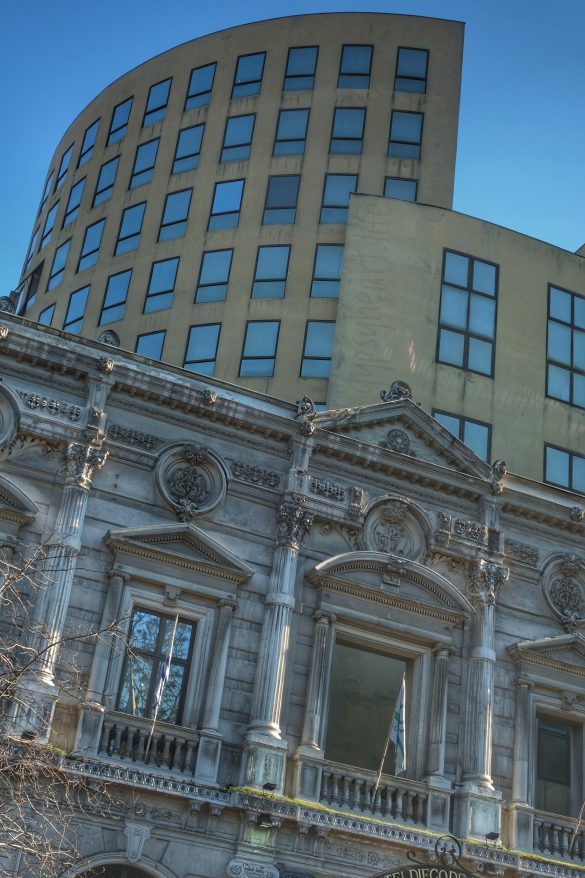 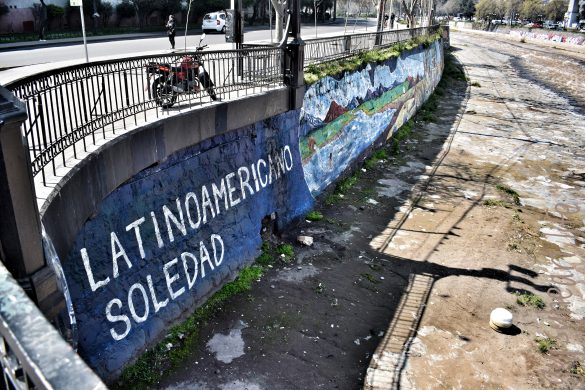 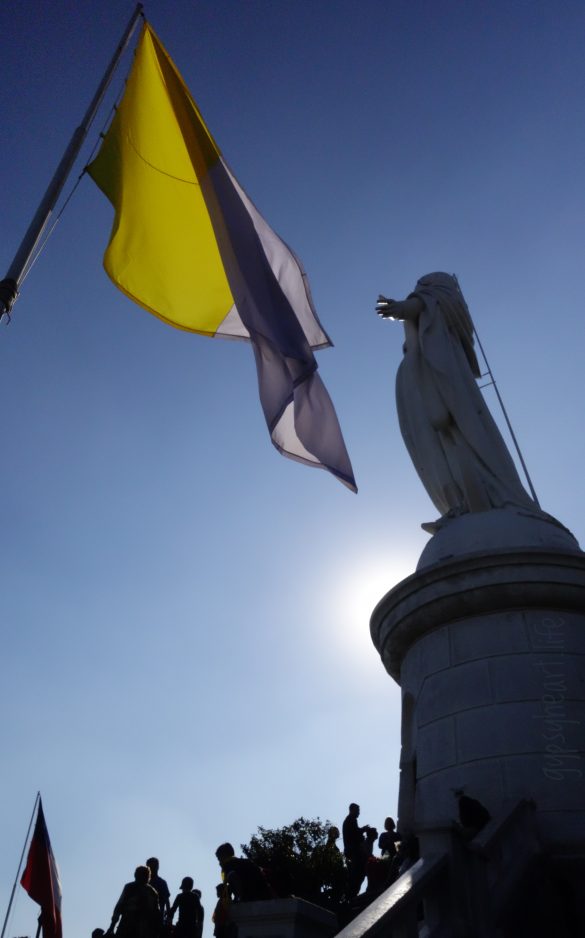 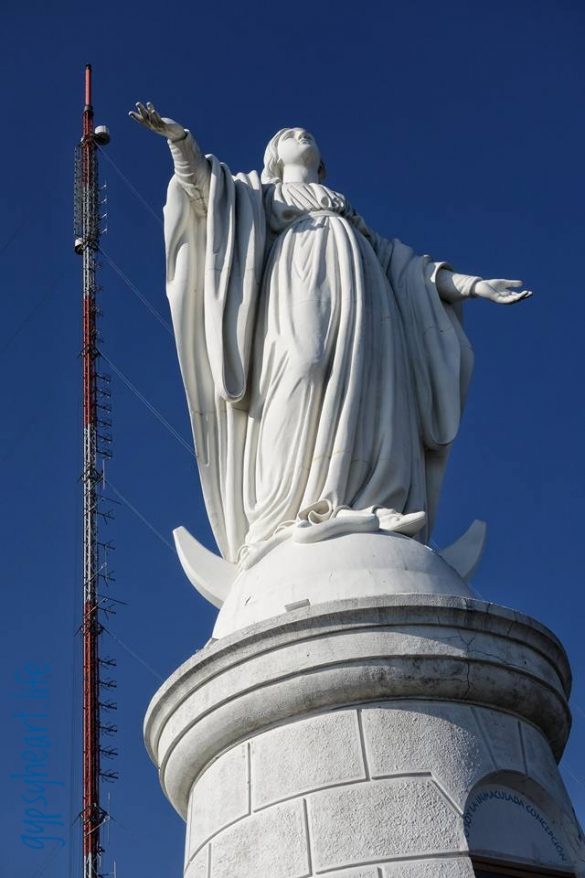 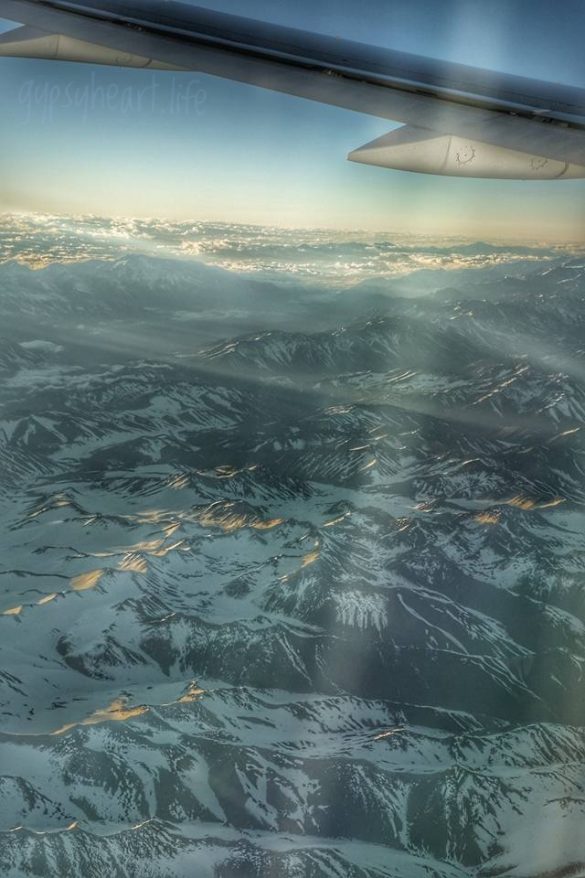 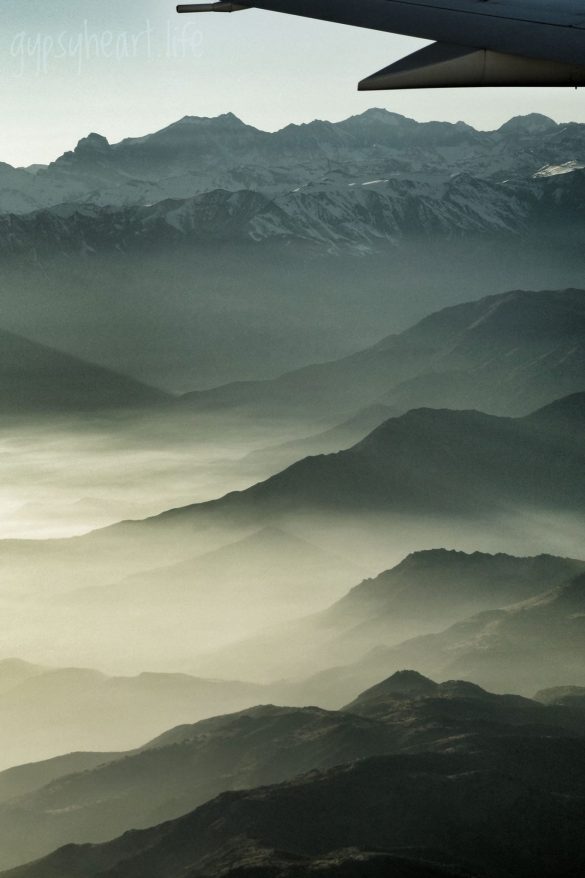 Given that I only had a short day to explore and was a good hour of walking out of the historic city district, I opted to do my usual and just hit the pavements! Sometimes the prospect of currency conversions, train tickets, language & confidence issues on landing in a new place can take away from the experience. I decided against the metro into the city centre. So I headed along the river on foot and found a street-side cafe for a simple meal where I could watch local life go by. Once done, I felt a bit more at ease.

For me, always happy with a map in my hand and my hiking boots on my feet, this is the way to get grounded – quite literally.

To me a simple option to get a feel for the place is always to get up to high round where you can see the city below you. So I headed through the arts district, past the universities to the park at the base of the San Cristobal hill. Unwittingly, I had arrived in Chile on the cusp of annual Independence Day celebrations. The whole city was out in the gentle sunshine; maybe most of Chile by the feel! But here is where the benefits of seasoned solo travel (& a lifetime of working with the public) come into play. Standing in the queue for the ride up, which looked like being my full afternoon’s activity, I got chatting to the young couple ahead of me. He was a Chileano & she a Kiwi, and they were visiting from New Zealand with their little girl of 18mths for the first time. It turned out that they both worked in the restaurant trade & loved to travel, so our connection was set.  Once you’ve stood in a queue for 45 minutes and then used someone for translation aid, a bond is made!

Thus a delightful afternoon was spent together, wandering the paths below Mary & gazing out across the city to the Andes which teased through the typical Santiago smog. From the top of the old rattling funicular, paths traverse the hill past a modern representation of the Stations of the Cross – spectacular against the backdrop of the Andes & the Providencia district with its distinct Gran Torre de Santiago. From there it is easy to join the teleferico which then drifts you high above the Zoo & parklands for an incredible 4.8km! For me it was easy to disembark at the Oasis stop where my newfound friends left me abruptly as I alighted and they were whisked on in the constantly moving gondolas to return. A new ‘connection’ gone in the typical ephemeral style of travel experience. My stop left me with a comfortable walk to my hotel, through an elegant district full of beautiful homes in well-tended gardens.  Before crossing the river I strolled through a bustling waterside park filled with sculpture and brimming with local romantics & families lounging on the grass in the late weekend sun and listening to live music. Whilst my day had not given me much background to the city, it did give me a sense of Chileans at rest – enjoying life and family in beautiful surroundings. 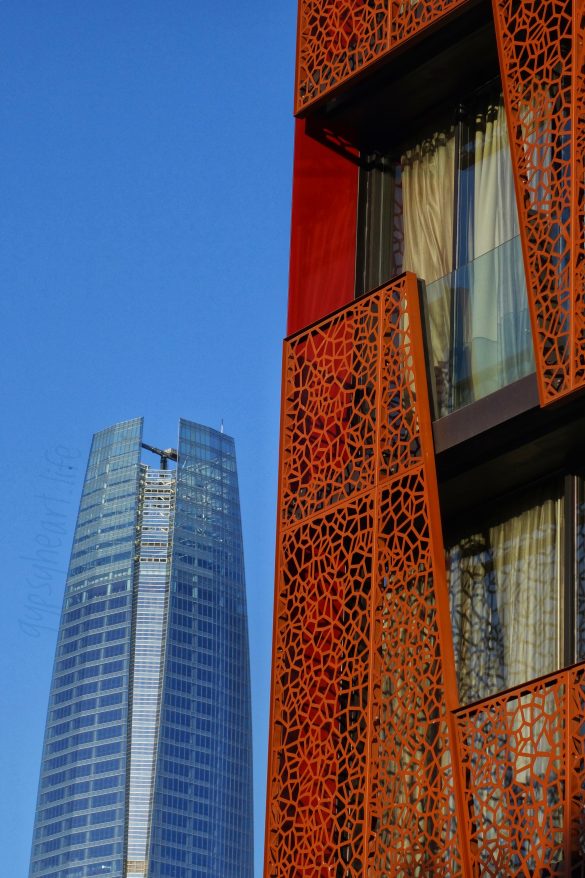 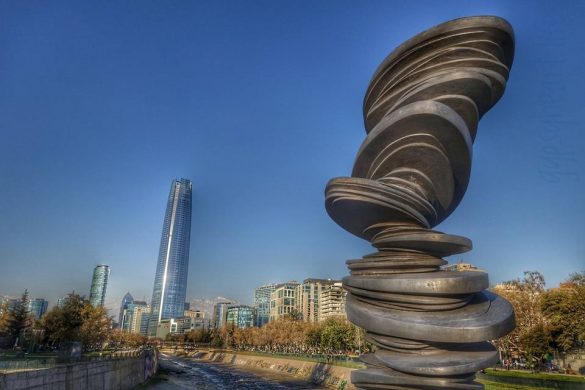 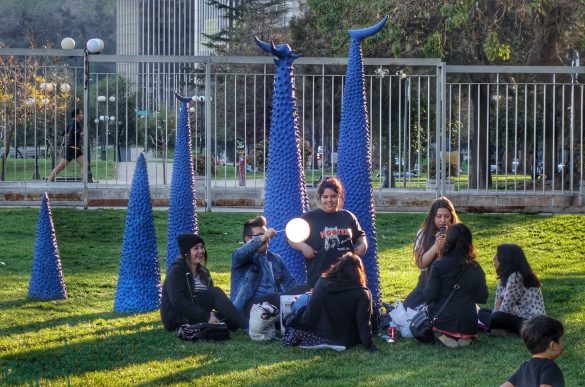 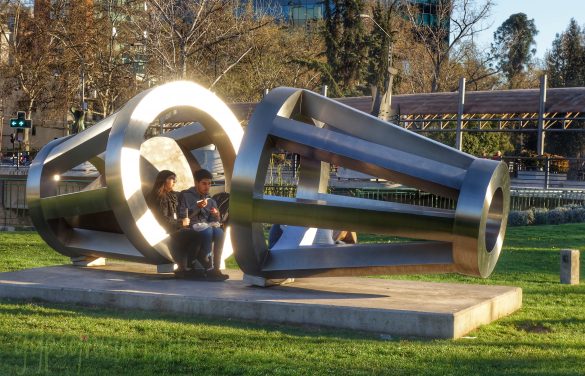 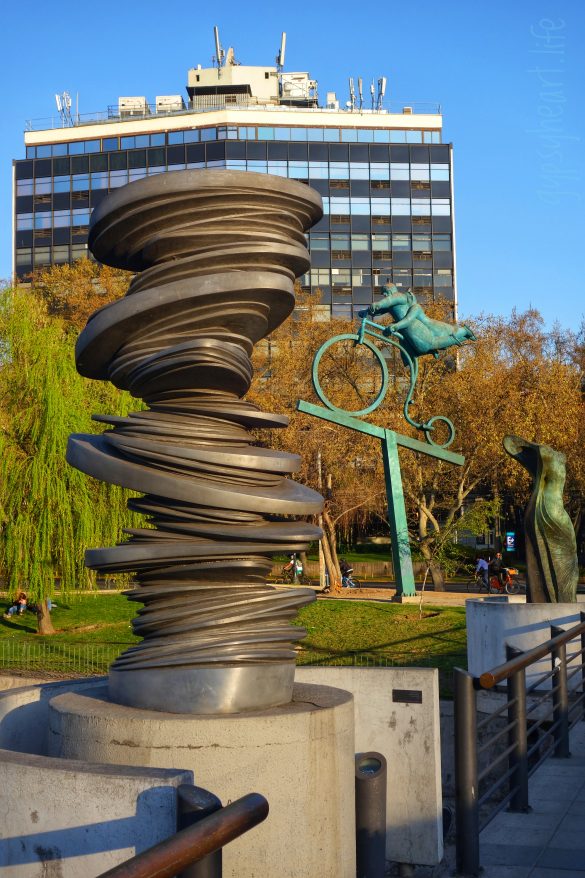 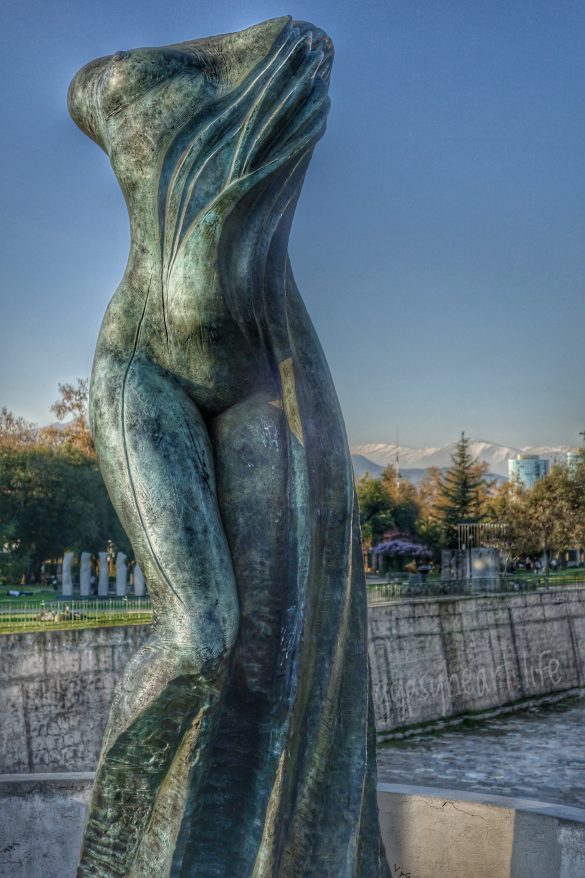 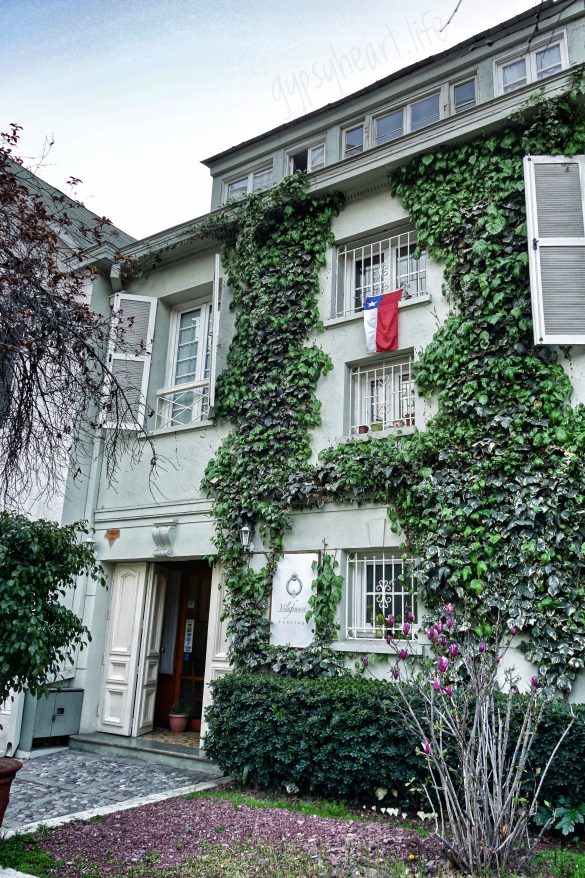 Next morning, after a simple breakfast, Santiago was soon behind me as I boarded my flight to head for the edge of the Atacama desert and the commencement of real adventure. But now, at least, I felt at ease in this Chilean environment. 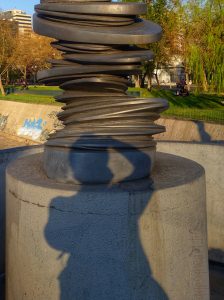 And so the journey of a lifetime begins

Join me in the Atacama soon