“What’s so special about Mongolia?” they all seemed to ask. “I’ll let you now when I get back” I replied. Surely that’s the reason we travel… to find out why a place has intrigued us from afar? I had seen images of open grasslands, sweeping vistas and of eagle hunters who slept in yurts and herded great swathes of livestock. I’d seen big men in bright briefs wrestling on grass and elegant archers in pointed hats. Quite simply, I wanted to see it for myself. So I joined a World Expeditions tour and did it!

Mongolia is a massive country wedged between Russia and China on the world map. Boasting the world’s lowest population per square mile – a mere 4.3 people – there is an awful lot of empty space there. We flew over vast tracts of desert and steppe on the route in from Hong Kong. Ulaanbataar appears as if dropped from a great height. Outer shanty suburbs of simple fenced houses feathered outwards into the vacant hills around the capital. But in the centre of the city there is rapid modernisation at work. Amidst grand post-Soviet monuments and museums and a smattering of powerplants tucked close to the city streets, towers of glass and steel burst into the eternal blue sky. This is the name given to this country:

“The Land of Eternal Blue Sky”.

Out of a population of 3.1 million, some 1.4 million are based in the grey urbanity of ‘UB’ (as those familiar with the city call it) which adds even more to the sense of how few folk we are likely to cross once we hit the open ‘roads’. On the day that we finally load into a convoy of Land Cruisers to depart to the steppes, it is only a matter of hours before we are completely off tarmac and bouncing across indiscernable tracks into grassy, rolling hillscapes with hardly a soul or a building to be seen. Like images from a travel book, we flash past single gers (yurts) sitting in solitude on open stretches of green. As an Australian, I have grown up knowing what it is to live in a country where open space is the norm but here there is an alternative sense of space. I can’t really define whether that comes from a difference in landscape or from the mere fact that I know I am traversing a massive empty place where townships and villages are a rarity.

One third of the Mongolian population still leads a nomadic lifestyle. It is not something of a distant, ancient culture; it remains a reality of modern day life. Due to the harsh climate, poor soils and tiny windows of growing season, there is only 1% arable land in Mongolia. These people are herders. Whilst the human population is 3 million the number of domesticated animals – sheep, horses, goats, cows, yaks – numbers something like 66 million! Here in Mongolia the animal is king. The beasts that they herd provide everything from food & drink to clothing & housing materials as well as transport & companionship. The relationship is deep and quite reverential. These mobile families live to the rhythm of the seasons in keeping with the principles of animal husbandry. They go where the animals will be best served because it is the animals that best serve them! Spring is the time of high activity lead by growth & changeable weather. Summer is for pastures and relaxation, autumn to fatten the animals into winter for shelter. High ground for warm weather, low ground in the cold. Possessions are minimal for these folk. Their homes are built from wooden frames with heavily felted walls & lino-laid floors all of which are demountable within a matter of hours and can then be loaded onto camels or yaks (or in some cases into an old, borrowed Russian van) and shifted to a new location. 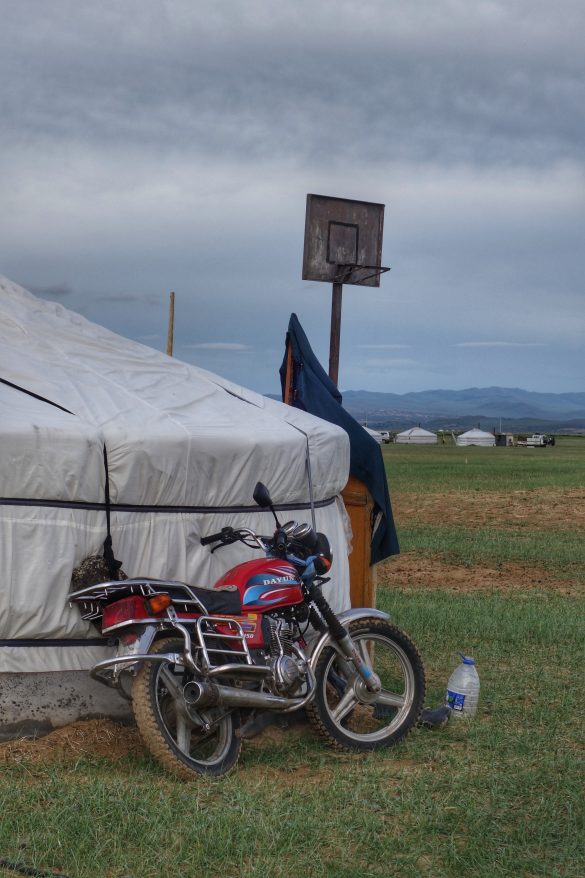 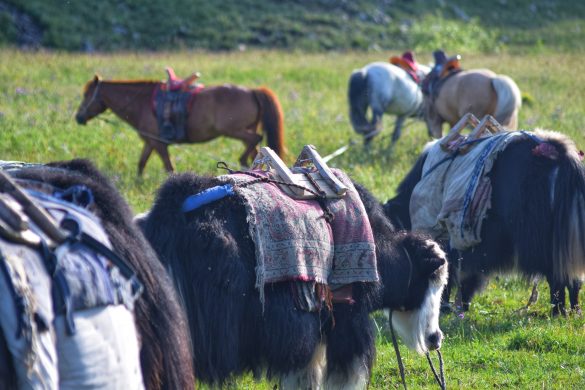 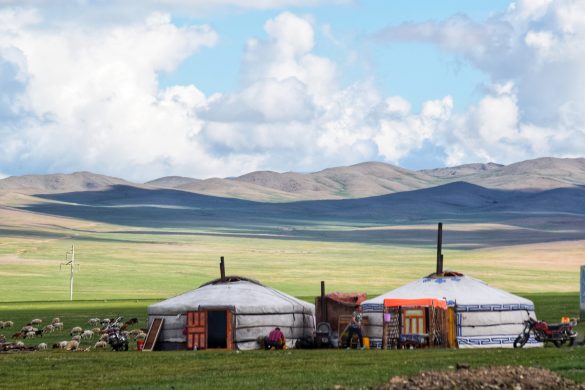 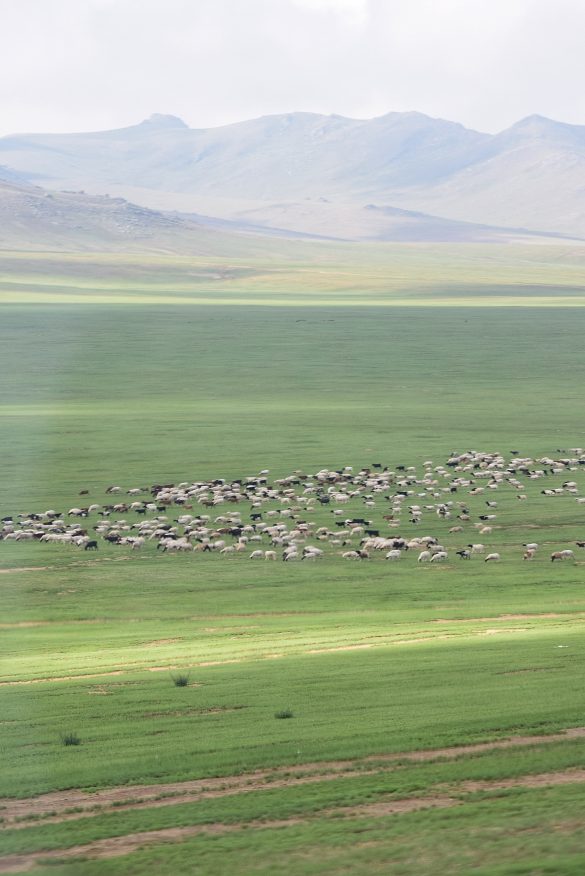 All of this lies at the heart of what is so special about Mongolia, I discover. Whilst this is a population scattered to the winds it is also a population that shows great community and comradeship. When you are so remote in your life, you rely heavily on others and their goodwill. As I observed and got to know these people, I discovered a warmth and gentle generosity of spirit. Life is in flow with the circadian & diurnal rhythms. You go where you need to for your livestock, and you honour nature. So, whilst the landscape of this vast open country is the thing that takes your breath away, in the detail, it is the manner in which humankind sits within that landscape which informs you of the unique beauty of Mongolia.

Oh…and there is the story of Chinggis Khaan and the greatest empire ever built. But that’s for another day.

Looking forward to exploring further in the open spaces with you