At the end of August, I was back in Ilminster profiting from a few simple days staying in the holiday cottage of dear friends. It was my second visit. The first time saw me discovering a wealth of local gardens & NT properties to keep me busy and active during my stay. I spent a happy morning at Lytes Cary last time, before heading to the austere Barrington Court even closer to ‘home’. On this visit, I took the opportunity to further my discovery of the latter, having only toured the gardens and grounds so far.

I am so glad that I returned.

Located only 15 minutes drive from Ilminster, Barrington Court has a number of ‘claims to fame’. Most interestingly, this is the first property that the NT ever procured (back in 1907) with a view to saving a stunning site that was at risk of falling into total wrack & ruin. The Tudor manor house was built in the 1550’s, complemented by an austere red brick stable block built in the 1650’s but it fell into disrepair by 1750’s. By the turn of the 20th century it was in a sorry state. The Trust were somewhat burdened with the expense of restoration as the great Tudor hall was in a such a desperate state of disrepair; much of it being used by local farmers to store cider barrels and the likes!! 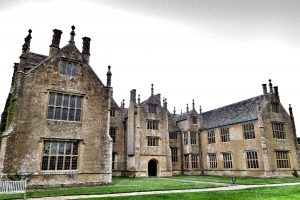 In stepped Colonel Lyle (of Tate & Lyle fame) in the 1920’s – retired after injury in service, he was looking for a purpose.

He talked the NT into a 99yr repairing lease of the court and agreed to take on the task (and cost) of the restoration himself aided by architect, Alfred Hoare Powell. Lyle was an avid collector of architectural salvage & oak panelling who decided to utilise his many pieces to bring the Tudor building back to life. Walking through the grand halls today, it is hard to believe that this is not the way that the place has always been. The accompanying stable block became Strode house – the Lyle family home. 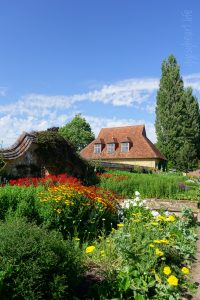 Also to be found here are extensive gardens and grounds restored and designed by Elsie Lyle in conjunction with her friend, famous gardener – Gertrude Jekyll.

To walk into the walled white garden in high summer is to have your breath taken away!!

Formal walled gardens and walks surround the main buildings including a massive walled potager which still supplies the restaurant. There is something truly evocative about red brick walls and pastel blooms. On both my sojourns the gardeners were hard at work harvesting the bounty. This is a garden filled with varying ‘rooms’ and beautiful vistas; well worth some lengthy hours of exploration.

An interesting point of difference with Barrington as a National Trust site is that the main house is largely unfurnished, leaving the visitor free to imagine past happenings against an almost blank canvas. Brilliant curatorial work by the trust gives images of the times before the Lyles set to work and insights into the work that was done, rather than focussing on the original heritage of the building. This is largely a memorial to the philanthropy of the Lyle family and a respectful one at that. 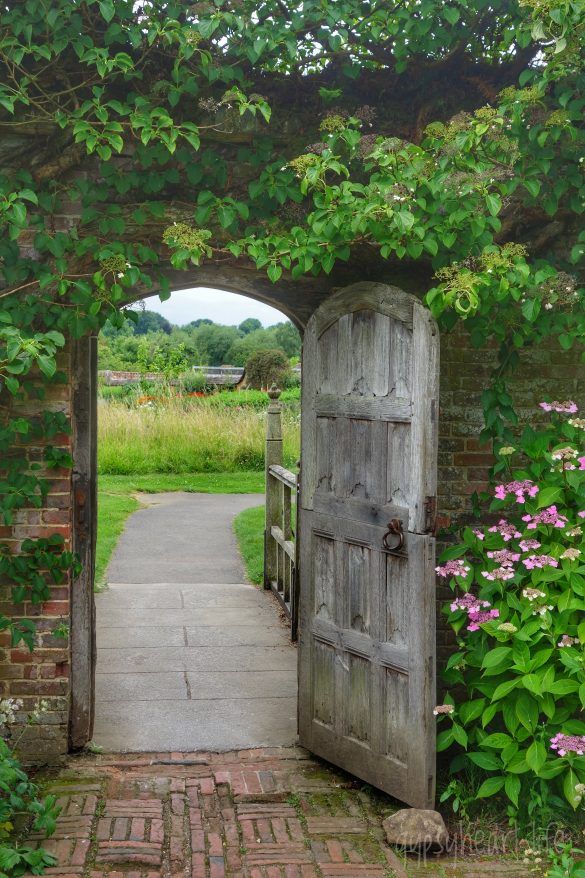 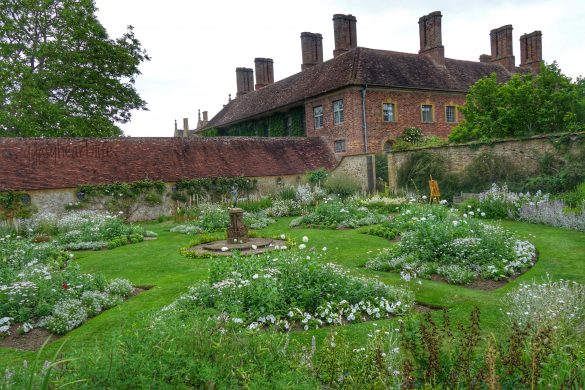 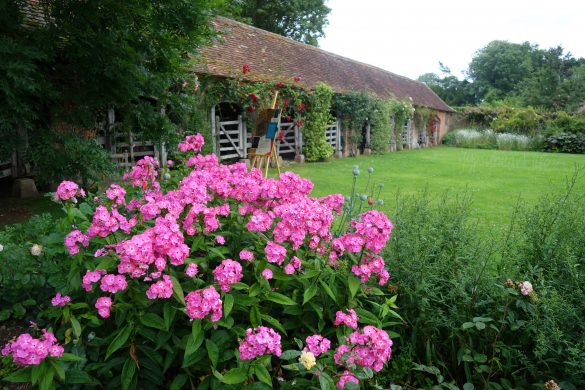 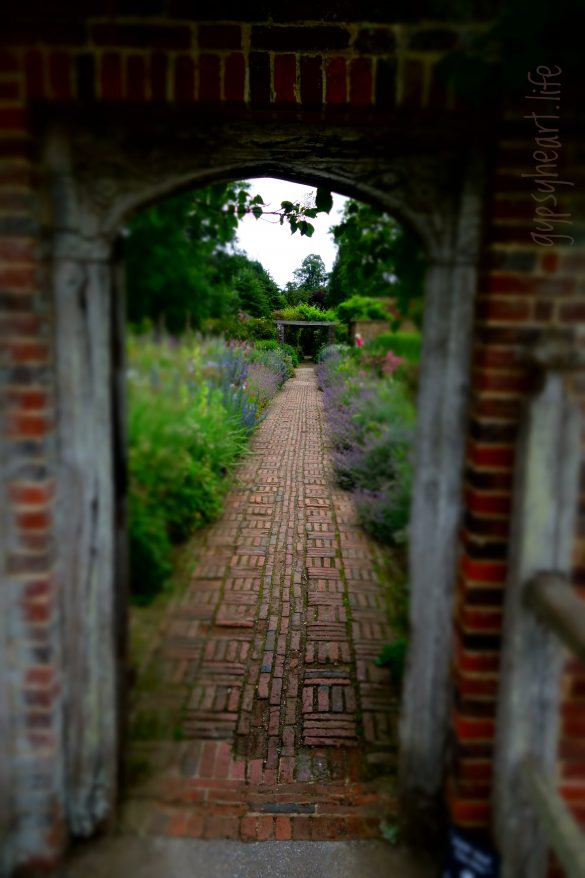 The lily garden by Strode house 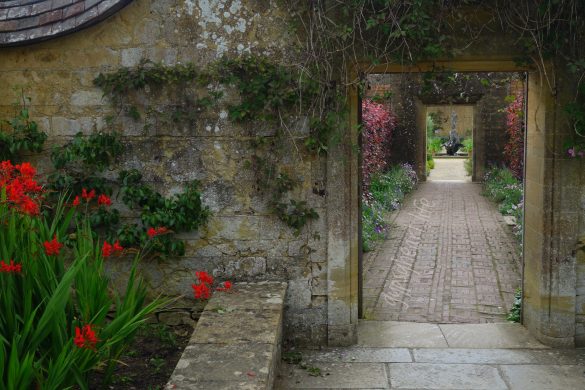 Entry into the world of vegetables 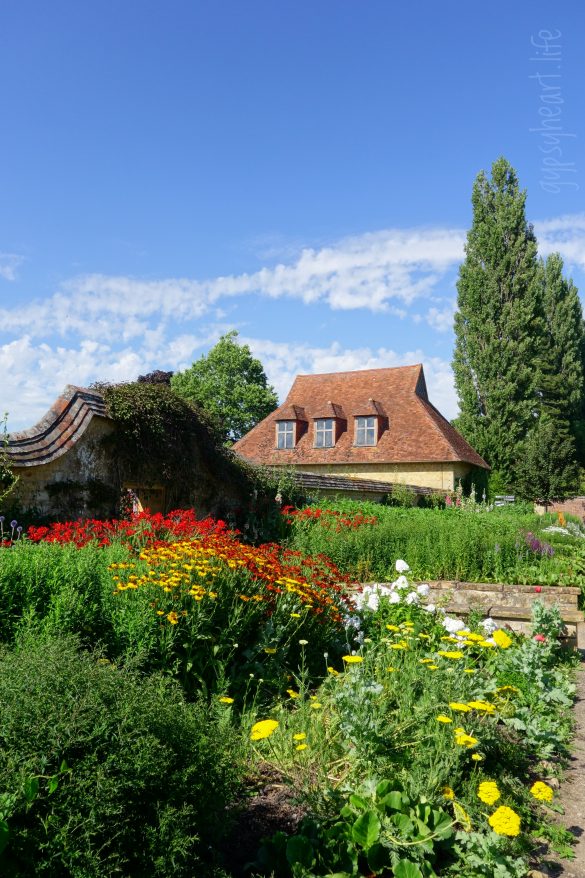 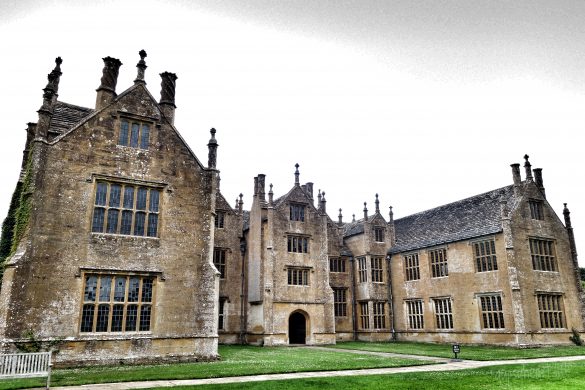 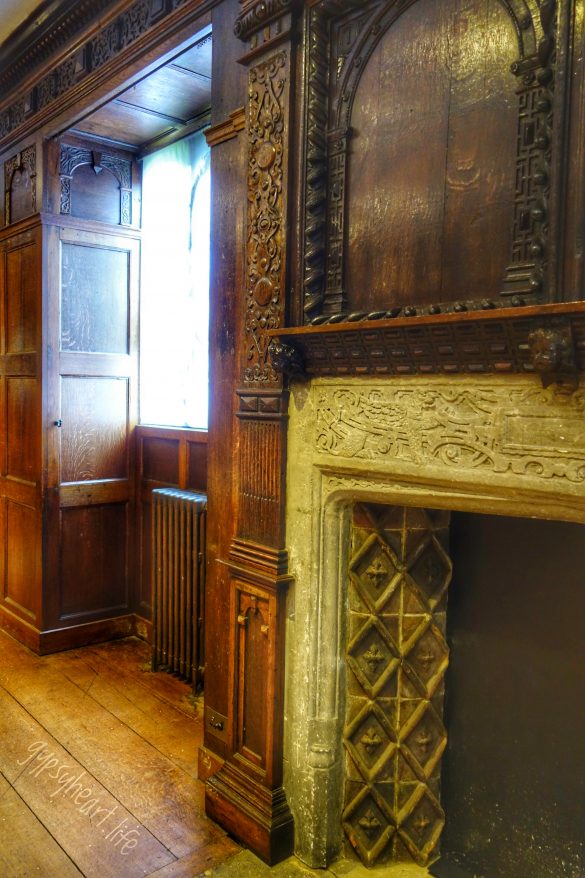 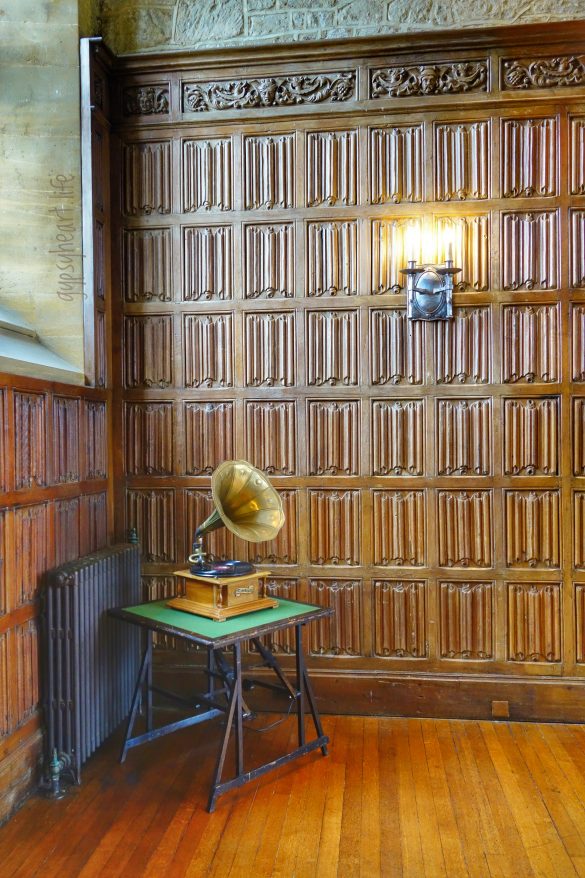 Hard to believe that this panelling didn't originate here 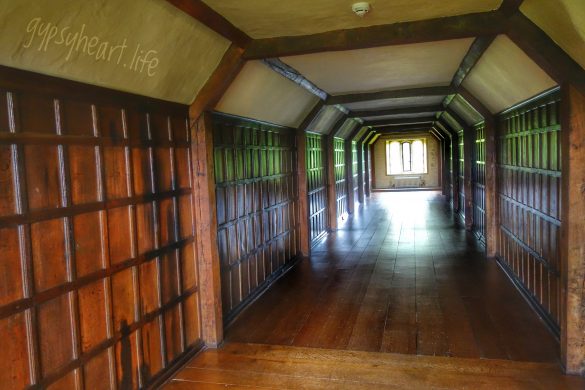 The 'Long Gallery' ..high in the attic space...incredible space 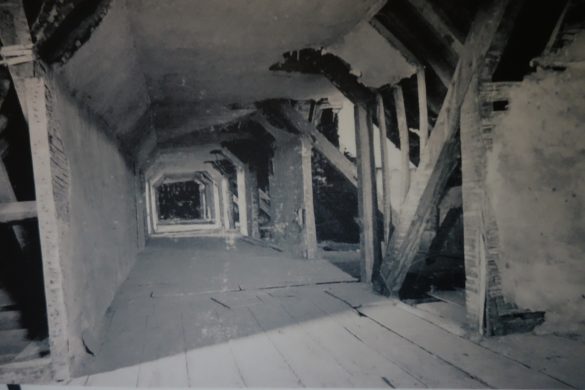 The state of the Long Gallery when the Lyle's took the lease!! 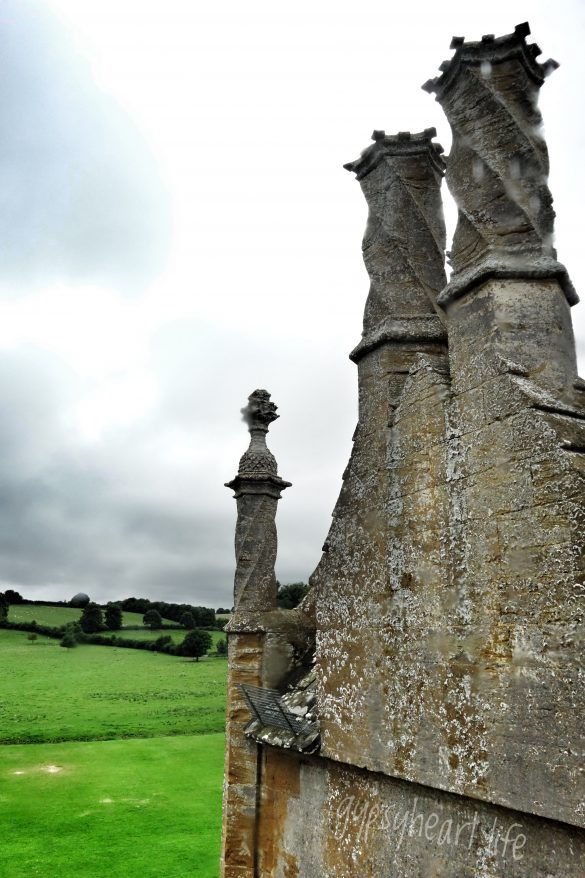 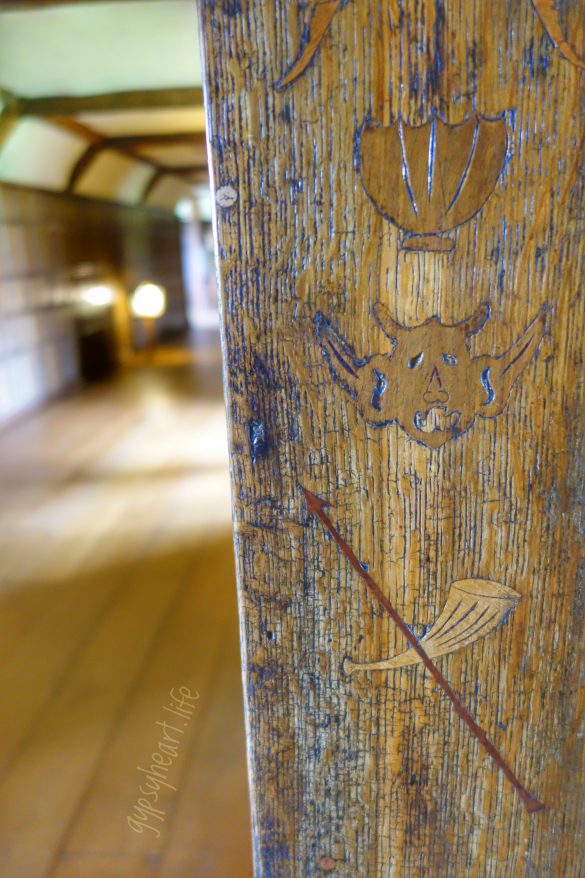 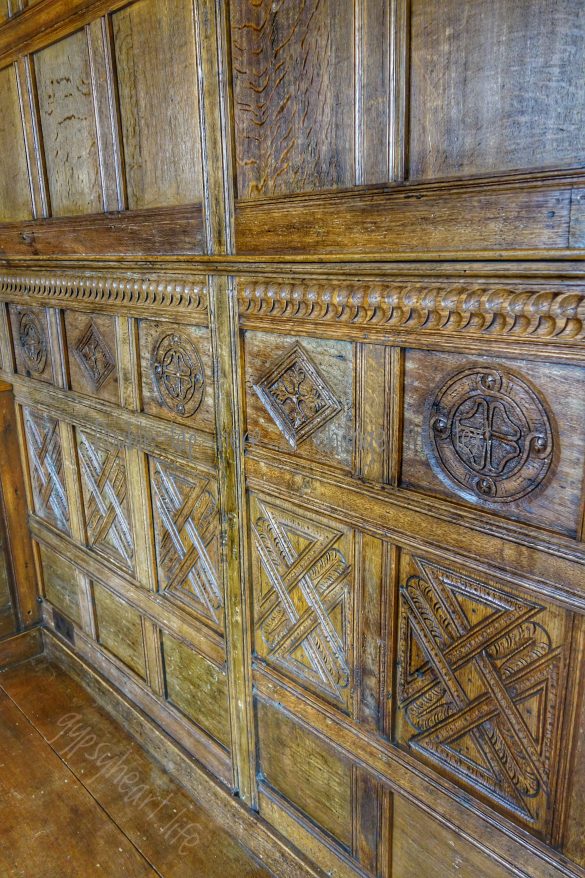 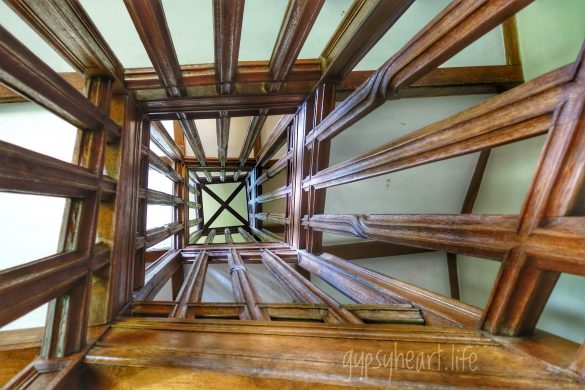 The stairwell in Barrington Court 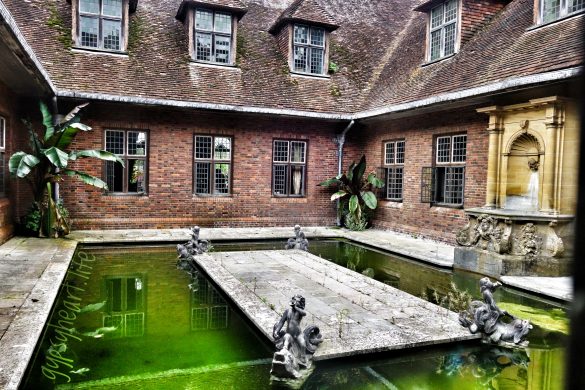 I had the joy of 2 visits over the Summer months. It was a pure joy to walk the gardens, lawns and orchards revelling in the bounty of a wonderful year’s growth. I would urge anyone with a love of gardens to put this on your bucket list. 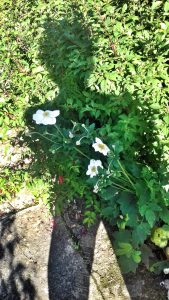 Thanks for joining me to ‘smell the roses’

Gorgeous site my friend!!! I wait for more interesting tidbits from your travels…

Thanks, Jane…most kind! Looking forward to sharing the next adventure x